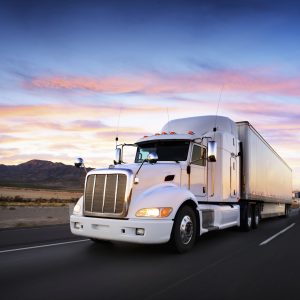 Different truck types pose their own unique risks when it comes to sharing the road with other drivers. There are many types of commercial trucks on California roads, and crashes involving these powerful vehicles are all-too-common. The Salamati Law Firm fights for full and fair compensation for truck accident victims. Call experienced Los Angeles truck accident lawyer Sean Salamati today to see how much your case is worth.

Dangers posed by trucks on the road

There are far fewer large trucks on the road than there are passenger vehicles, but trucks are involved in a significant percentage of the fatal accidents. In 2014, nearly one in three fatal accidents in work zones involved a large truck. That year, there were:

Though smaller cars and passenger vehicles far outnumber large trucks on the road, truck collisions are more likely to end in death or serious injury. Due to the immense size disparity, it is estimated to take a commercial truck nearly three times as long to come to a stop than it would take a much smaller passenger vehicle. When a collision occurs, all of the energy must go somewhere. When that energy transfers to another vehicle, the results can be tragic.

The broad category of large commercial trucks includes many types of vehicles, each with its own set of characteristics that can affect an accident.

In addition, commercial trucks in general are at risk of accidents due to factors like mechanical failure, speeding, driver impairment, poor decision-making, making improper turns, and simple carelessness.

Most common conditions for truck accidents

Through analysis of many crash reports and studies, the Federal Motor Carrier Safety Administration has identified a number of conditions that are more likely to result in a truck accident. It should come as no surprise that many of these conditions are present in and around Los Angeles, California, where trucks are commonplace. The conditions include:

Truck accidents raise a lot of complex legal and factual issues. From what conditions triggered the accident, to who is responsible for the truck and/or its driver, to the role that federal regulations play in the accident, to proving the extent of injuries so a jury can fully understand the damages sustained by the plaintiff, this is a highly nuanced area of law.

At the Salamati Law Firm, we have a firm understanding of the issues and a passion to help injury victims obtain complete compensation.

Put your trust in an established and caring LA truck accident lawyer. Call the Salamati Law Firm today to schedule a free case consultation. We never take a fee unless we recover a settlement or judgment on your behalf.